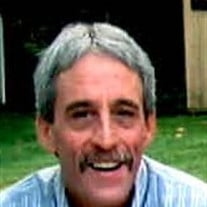 It is with deep sadness and heavy hearts that the family of Ronald "Ronny" Bruno announce his passing on February 4, 2021. Ronny was born on September 24, 1961 in Mount Vernon, NY to Frank and Mary Bruno. He was the youngest of three siblings and is survived by his sister Marie, brother Robert, his Aunt Lucy and his nieces and nephews. Following in the footsteps of his father Frank, after high school Ronny began a promising career with General Motors and worked at the automobile factory in Tarrytown, NY until it closed. He then worked at Home Depot for 20 years and oversaw various departments. For the past two years Ronny proudly worked for Metro North Railroad as a machinist, conducting safety inspections of the trains and making repairs. He was a gentle, generous and trustworthy soul who possessed many talents, he held a black belt in Karate, could pretty much fix anything, but was most notably known for his automotive and carpentry skills. He loved being outdoors and took pride in meticulously maintaining his childhood home and the two acres surrounding it. On his days off you would most likely find him working outside in the yard and driving around the property in his beloved golf cart. He was a loyal fan of the Mets and Giants and enjoyed the music of Fleetwood Mac, The Doobie Brothers and "The Boss" Bruce Springsteen. He devoted his life to his mother Mary until her passing in 2015 at the age of 94. Although he had no children of his own, he helped raise his sister's two daughters, Amy and Jayme and was their mentor and Father figure growing up. He did love to spoil them, but at a young age instilled old school values and the importance of earning your keep as they were expected to do chores around the house from raking leaves, pulling weeds, shoveling snow, maintaining the pool to helping Grandma in the kitchen prepare meals. He developed relationships with the children of his closest friends and they often referred to him as "Uncle Ronny", he was everyone's Uncle Ronny. He was always there to lend a helping hand to family, friends and neighbors, but was too proud to ask for help when it came to himself. He was a stoic, but very private man and many close to him were not aware of his recent battle with cancer. We believe this was because he didn't want anyone to feel sadness or sorrow and wanted to be remembered at his best. We feel so blessed to have been able to share the years we did with him and many beautiful memories have been made, he will forever continue to live in our hearts. May his soul rest in peace as he is now joined with his beloved mother Mary and father Frank.

It is with deep sadness and heavy hearts that the family of Ronald "Ronny" Bruno announce his passing on February 4, 2021. Ronny was born on September 24, 1961 in Mount Vernon, NY to Frank and Mary Bruno. He was the youngest of three siblings... View Obituary & Service Information

The family of Ronald Bruno created this Life Tributes page to make it easy to share your memories.

It is with deep sadness and heavy hearts that the family of Ronald...

Send flowers to the Bruno family.