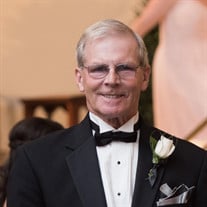 Robert J. “Bob” McArthur of Cortlandt Manor passed away on March 7, 2020. Bob was born in Yonkers on August 30, 1948 to Donald & Mary Virginia McArthur. He graduated from Archbishop Stepinac High School in 1966 and married JoAnn Milano on November 26, 1977. Bob had a lifelong love for cars that led him to the sport of drag racing and restoring classic cars. He had a keen eye for art and design which was evident in the cars he restored and the home he renovated. His passion for cars started in Yonkers where he worked and owned an auto body shop followed by a 25-year career with the NYPD as an auto mechanic for police cars, motorcycles, and scooters. He was promoted to Supervisor of Auto Mechanics, a position he held until his retirement. He loved the comradery of the men he worked with and was proud of his time on the job. He was a devoted and loving husband, father, and grandfather. When something needed repair, he fixed it (usually immediately), even if it was your heart. He was ever-encouraging and often the person people thought of first when they needed advice. He loved life, lived every moment to its fullest, and loved to laugh--a bellowing and joyful laugh that filled every room. Bob was a founding and longtime member of the Grateful support group, known to those among him as “Big Book Bob.” He is survived by his wife JoAnn, daughters Allyson Ramsey (Matthew), Amanda Gawron (Marc), Nancy Jean Harrison, son Robert A. McArthur, brother Donald F. McArthur, sister Mary Nancy DiLeo. Also survived by 3 grandchildren Sarah, Julia and Milana. In lieu of flowers, donations can be made in memory of Robert McArthur to the American Lung Association, National Direct Response Headquarters 1661 Worcester Rd #301, Framingham, MA 01701 or to Phelps Memorial Hospital Pulmonary Rehab Program, One Phelps Lane, Suite 106, Sleepy Hollow, NY 10591.

The family of Robert J. McArthur created this Life Tributes page to make it easy to share your memories.

Send flowers to the McArthur family.