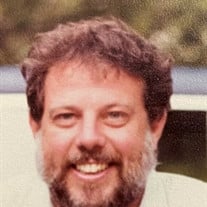 Dr. Robert J. Hales (77) of Montrose, NY passed away on Friday, August 20, 2021 while working on his boat at the Cortlandt Yacht Club. He was born on July 21, 1944 at Fitzsimmons Army Hospital, Denver Colorado. He was the oldest son of Helen A. (Benedict) and John C. Hales, originally from North Tarrytown, NY. His father was serving with the U.S. Army at the time in Denver. The Army transferred the family and they lived in North Tarrytown; Heidleberg and Kaiserslautern, Germany; Brooklyn, NY; and Orleans, France before settling in North Tarrytown in 1959. Dr. Hales graduated from Sleepy Hollow High School in 1962, Iona College in 1966, and Georgetown University Dental School in 1971. Upon his graduation from dental school he was commissioned a Captain in the U.S. Army Dental Corps. He trained at Fort Sam Houston in Texas that summer and transferred to Erlangen, Germany where he served as a Dental Officer and the Director of the Dental Clinic. He was honorably discharged from the Army and returned to NY. Shortly thereafter, he purchased the dental practice on Main Street in Peekskill, NY where he remained practicing until his death. As a young man, Bob was an altar boy, a Little Leaguer, Babe Ruth baseball player, and played baseball in high school. He was a car enthusiast, a proud owner of a 1954 Packard Sedan and was always intrigued with how things worked. Bob had an infectious smile, a huge personality, a wicked sense of humor, and was always ready to entertain with one of his many stories. He had a real zeal for life, cared deeply about his family and was the best dad ever. He enjoyed taking road trips with his children, often to NASCAR events, giving tractor rides to his grandchildren and celebrated every day with an ice cold Pabst Blue Ribbon. He was a vital member of the community and was always willing to lend a helping hand. A long time member of the Peekskill Rotary, he served as president as well as holding many other leadership positions over the years. Bob was equally active in the Cortlandt Yacht Club and Shattemuc Yacht Club where he served as Commodore from 2004-2008. He was a member of the The Lincoln Society as well as being president and was instrumental in the establishment of the Lincoln Depot. He was also a member of the Cortland Fire Department and the NY State Dental Association. Dr. Hales is survived by his loving wife of 40 years, Mary Jane (Ross), daughter Maggie of Croton-on-Hudson, son Robert M. and wife Mary (Hehir) and son Kevin J. of Montrose, and grandchildren. Robert M. Jr., Jack James, and Audrey Elizabeth of Montrose, daughter from his first marriage, Heidi Hales Dugan (Matt) of Waterbury, VT, brother John and wife Vicky of Stafford, VA, cousins Helen Rae and Ben Ginnetti of Chantilly, VA, Phyllis Weaver of Tarrytown, NY, Barbara Kleinman of Okatie, SC, Peter and wife Geri Ordini of Wayne, NJ, and several nieces. Visitation will be held on Tuesday August 24th, 6 to 9pm at Yorktown Funeral Home. Funeral mass will be on Wednesday at 10am at Saint Augustine Church in Ossining. Interment to follow at Sleepy Hollow Cemetery. In lieu of flowers the family requests donations be made to Foldsofhonor.org

Dr. Robert J. Hales (77) of Montrose, NY passed away on Friday, August 20, 2021 while working on his boat at the Cortlandt Yacht Club. He was born on July 21, 1944 at Fitzsimmons Army Hospital, Denver Colorado. He was the oldest son of Helen... View Obituary & Service Information

The family of Dr. Robert J. Hales created this Life Tributes page to make it easy to share your memories.

Customized sympathy cards. Mailed for you.