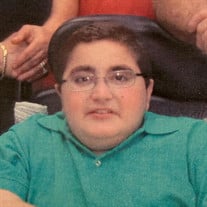 Nicholas Bellomo, a 24 year old young man, resident of Yorktown Heights, NY, son of Rudolph and Rosalia Bellomo passed unexpectedly on August 8, 2020. He was a 2014 honor student graduate of Lakeland High School. He went on to excel at Westchester Community College graduating with honors, achieving a 3.5 GPA, and was a member of the Alpha Beta Gamma Honor Society. In 2016 He continued his studies and was accepted to Pace University where he excelled as a Journalism and Communication Major. While at Pace, he became a member of Phi Theta Kappa Honor Society, he graduated in May of 2019, Cum Laude receiving a Bachelor of Arts Degree from Dyson College of Arts & Science. In 2016 he received a scholarship from Penske Automotive Group for Excellence in Academic Achievement. In May of 2014, Nicholas was one of 4 students, in the County of Westchester, to receive a scholarship by “Student Advocacy” for Outstanding Educational and Personal Achievements; despite having the day-to-day difficulties of a neuromuscular disease. In July of 2017, Nicholas achieved the rank of Eagle Scout as a member of Troop 165 of Yorktown, this rank is achieved by about 1% of all boy scouts. As part of his Eagle project, he made repairs to facilities at the SPCA of Westchester as well as a fund raiser, and pet adoption event. For this effort, Nicholas was awarded the honor of Humane Education and Youth Service Award, by the Westchester SPCA. Nicholas was a kind and gentle person who had a passion of advocating for animals rights. He loved all sports and was a very ardent fan of Motorsports, in particular NASCAR. With the help of the Make-a-Wish Foundation, he was able to go to Atlanta Motor Speedway and meet all of the top drivers and teams, as well as having a personal meeting with NASCAR legends, Jeff Gordon and Richard Petty. Nicholas was an exemplary person, he managed to charm and inspire everyone he met, he leaves behind a legacy of educational excellence, kindness, selflessness, a hard work ethic, and love for his family, friends, teachers and animals. He is survived by his parents, aunts, uncles, cousins, grandmother, Godfather and friends who will miss him dearly. Although he has gone too soon his impact on everyone he met will last for many years to come

Nicholas Bellomo, a 24 year old young man, resident of Yorktown Heights, NY, son of Rudolph and Rosalia Bellomo passed unexpectedly on August 8, 2020. He was a 2014 honor student graduate of Lakeland High School. He went on to excel at Westchester... View Obituary & Service Information

The family of Nicholas Bellomo created this Life Tributes page to make it easy to share your memories.

Send flowers to the Bellomo family.