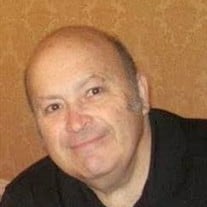 Jack K. Cohen, a loving and caring husband, brother, father, and grandfather, died suddenly on September 29, 2021. He was an inspiring leader who touched thousands of lives with his vigorous love of life, quest for knowledge, and generosity. He was a man of action and passion, always working to change our society for the better. Jack was born in New York City in 1943 to Max and Rose Cohen. He grew up in Brooklyn and attended college at the City College of New York, earning a Bachelor's Degree in Management. He was a lifelong learner, always eager to expand his knowledge over a breadth of subjects, including history, education, and politics. Jack began his career at New York Telephone in 1968 and worked his way up to a management position in charge of the entire expense budgeting and tracking office for NYNEX, later Verizon. Never one to rest on his laurels, after retiring in 1994, he returned to Verizon as a consultant, continuing to share his expertise. Throughout his life, Jack was passionate about a variety of political subjects, spending hours researching and writing letters to newspapers and legislators on issues ranging from school funding to retiree benefits. It was this last passion that brought Jack to the Association of BellTel Retirees, which he joined after retiring. Soon he began an initiative to visit fellow retiree social groups across the New York area and enlighten them about the issues that threatened their economic security in retirement. By 2003, he had become a regional NY State co-leader, doing outreach to retirees and serving as a keynote speaker at many of their events. His dedication to the organization led him to join the board in 2008. He was elected chairman of the board in 2015, a position he held until his death. He was also a regular commentator and expert sought out by national media on the issues of pensions and benefits, frequently appearing in Kiplinger's, the Wall Street Journal, Crain's New York Business, and National Public Radio. One of Jack's favorite quotes was "Evil triumphs when good men do nothing." Jack believed that indifference to the issues impacting our society could be poisonous. This mindset fueled his dedication and determination to make a difference, inspiring others to take action as well. Jack's integrity, commitment, and leadership were gifts he shared generously with his family and friends as well. He facilitated countless reunions and family gatherings, bringing people together across geographic distances. He was the family archivist: he recorded the stories of his elders, and documented his children's and grandchildren's milestones, school events, and performances. His profound love and devotion to his wife Ilene inspired all who knew him. Jack set such an incredible example for the rest of us that his legacy is sure to continue. His heart was open and he was willing to drop everything for family and friends in times of need. He was especially proud of the deep connection he formed with his grandchildren, who were the light of his life in his later years. Jack is survived by Ilene, his loving wife of 54 years, his sister Judy (Gary), his children Cindy and Andrew (Chris), and his grandchildren Helen, JJ, and Eleanor. In lieu of flowers, please consider making a donation to one of these non-profit organizations that were important to Jack. The Association of BellTel Retirees: (https://belltelretirees.org/donate-now/); Support Connection: (https://supportconnection.org/donate-now/)

Jack K. Cohen, a loving and caring husband, brother, father, and grandfather, died suddenly on September 29, 2021. He was an inspiring leader who touched thousands of lives with his vigorous love of life, quest for knowledge, and generosity.... View Obituary & Service Information

The family of Jack Kravitz Cohen created this Life Tributes page to make it easy to share your memories.

Send flowers to the Cohen family.