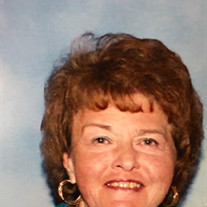 Elizabeth Ann (Dombrowski) Cocchia, 70, entered into eternal rest on November 4, 2019, surrounded by her family. She was born on March 2, 1949 in Brooklyn, New York. She was preceded in death by her beloved husband Joseph Cocchia and first love Alfonse Esposito, as well as her Father Edward Dombrowski. Elizabeth lived in Maspeth Queens for many years, then moved to Yonkers when she married Alfonse. They were blessed with a happy marriage for 8 years before he passed away. In 1992 Elizabeth found love again when she married Joseph Cocchia, her husband of 27 years. Joe and Liz enjoyed being "snowbirds" and split their time between East Stroudsburg, Pennsylvania and West Palm Beach, Florida. She is survived by her son Alfred Esposito (Pauline Esposito), step-daughter Tara Cocchia Pistar (Nezih Pistar), and step-son Brian Cocchia. As well as her grandchildren Al Esposito, Samantha Little Danner (Kevin Danner), Shannon Esposito, and Nicholas Little along with her Mother Ann Dombrowski and brothers Edward Dombrowski (Marie Dombrowski) and Michael Dombrowski (Deborah Dombrowski). Elizabeth was also a beloved aunt to many. Elizabeth worked for the New York Telephone Company for numerous years in the payroll department. She was an avid knitter and a lover of watching her grandchildren grow up. She would always enjoy siting around a table with a cup of coffee conversing with friends and family. Visiting hours will be held at Yorktown Funeral Home, 945 East Main Street, Shrub Oak, NY, on November 10, 2019 from 2 to 6pm. There will be a mass of Christian Burial on November 11, 2019 at 10:00 am at The Church of The Holy Spirit, 1969 Crompond Road, Cortlandt Manor, New York. In lieu of flowers, donations can be made to the Lupus Foundation of America.

Elizabeth Ann (Dombrowski) Cocchia, 70, entered into eternal rest on November 4, 2019, surrounded by her family. She was born on March 2, 1949 in Brooklyn, New York. She was preceded in death by her beloved husband Joseph Cocchia and first... View Obituary & Service Information

The family of Elizabeth Esposito Cocchia created this Life Tributes page to make it easy to share your memories.

Send flowers to the Cocchia family.