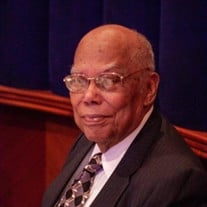 Albert E. Alfaro of Cortlandt Manor passed away on October 10, 2020. Albert was born Nov. 16, 1925 in Tampa Florida, to Severino & Eloina Alfaro. He served honorably in the Merchant Marines during WWII. He was also a NYC city bus driver for... View Obituary & Service Information

The family of Albert E. Alfaro created this Life Tributes page to make it easy to share your memories.

Albert E. Alfaro of Cortlandt Manor passed away on October 10,...

Send flowers to the Alfaro family.